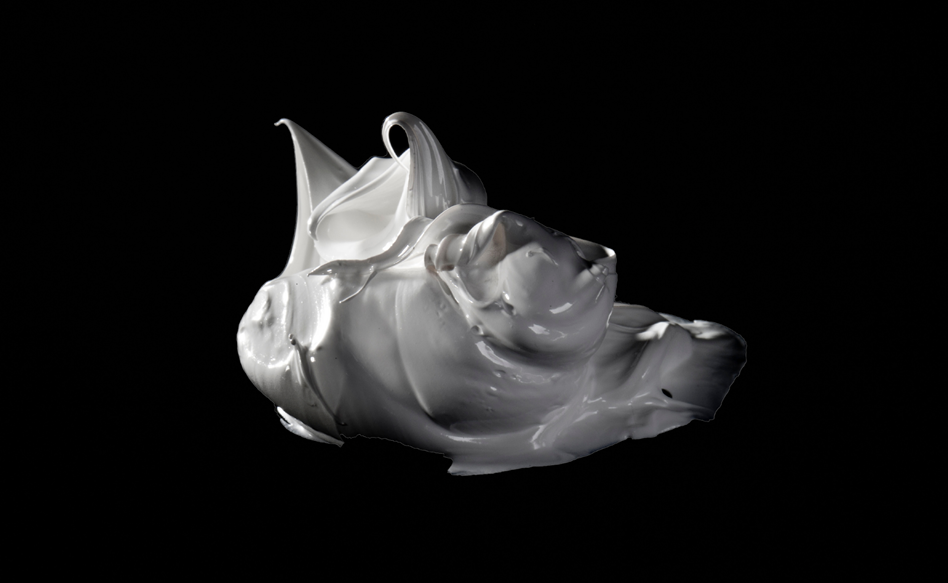 White: life and death united in the mother of all colours

White, colour or no colour, the colour of purity, the divine and life itself. But depending on where you are in the world, also the colour of death, sickness and destruction. For millions of years natural white pigments have been found all over the world in various forms, and for many centuries now various synthetic variants have been developed. Some have already been used for thousands of years, whilst others have disappeared from artists’ paints for all sorts of reasons. A short journey through the sometimes dark history of the colour white.

White: life and death united in the mother of all colours

Between approximately 145 and 66 million years ago, a geological period known as the Cretaceous, large areas of the world as we now know it were covered by vast seas. Once dead, the marine animals sank to the bottom, where eventually nothing remained of them except their calcareous skeletons and shells. Over the years these formed thick layers, sometimes dozens of metres thick, which were crushed under the sediments of the sand and clay deposited by rivers. When later the sea level dropped and the Earth's crust was pushed upwards, these white layers reached the surface. They consist mainly of calcium carbonate, a form of calcite better known to us as chalk, the oldest white pigment on earth. The Dutch name for chalk ‘krijt’ and its French equivalent ‘crétacé’ reveal the origins of their names, the chalk cliffs of the island of Crete.

Apart from chalk (calcite) other white mineral pigments occur naturally. Examples include kaolin, also known as china clay or pipe clay, and gypsum. These whites have been used ever since man first started painting. Chalk can be found, for example, in the oldest cave paintings, and primitive tribes even today paint their bodies with paints, including white, according to age-old rituals.

From natural white to synthetic white

Natural, mineral pigments have the disadvantage of becoming more transparent as more binding agent is used to make the paint more workable. As the paint decreases in opacity the colour becomes less white. When combined with oil they lose practically all of their opacity and become dull in colour. With the discovery of new white pigments, the mineral whites were subsequently used increasingly less for making paint white. They are, however, still being used today as fillers for various applications.

The first synthetic white pigment was white lead, which had been discovered as early as four centuries before the Common Era. Consequently it is probably the oldest synthetically produced pigment. By exposing the metal to the vapour of an acid fluid such as vinegar, a chemical reaction is brought about that converts the lead into an alkaline lead carbonate that covers the lead as a white deposit. This white deposit was scraped off to yield a white powder, which produced a fantastic paint with a good opacity even when mixed with oil.

In the seventeenth century Dutch white lead was famous for its quality. Flat strips of lead, between 10 and 15 cm wide, were loosely rolled up – the lead strips were not allowed to touch one another - and placed into ceramic pots with legs above a layer of beer vinegar. The pots were then put close to one another in a fermentation shed on a bed of horse manure and straw. The pots were covered with planks, which in turn were covered by a layer of horse manure with straw, and a next layer of pots. After some eight such layers, with the final layer being covered with manure and straw, the shed was closed. The fermentation of the manure greatly increased the temperature which accelerated the process of converting lead into pigment. After 4 to 6 weeks the white powder was tapped off the remaining lead, mixed with water to form a pulp and pulverised in a mill. Finally they were formed into small bricks and transported throughout Europe to a grateful public who used them for various applications, such as artists’ paints, house paints, plasterwork and glazing for ceramics. But they were also used for purposes that we would now find hard to imagine.

A tanned complexion is still a relatively new fashion. For centuries white skin symbolised purity and wealth. People who had to work outside, after all, were the ones that developed brown skins. Wealthier people either worked indoors or not at all. In order to look as white as possible, for centuries ladies used white make-up that was often based on white lead. White lead, however, is highly poisonous, and so resulted in serious irritations such as painful eyes, pustules, warts and loose teeth. A premature death was often the eventual result, both for the ladies in question and the men who regularly kissed the ‘beautifully white’ skin. In America, this practice continued even until the late 19th century. Beauty certainly came at a high price.

White lead remained the most popular white pigment until the arrival of zinc white, in the mid-nineteenth century. Initially zinc white, a zinc oxide, was too expensive to compete with white lead. And even when the production became considerably cheaper, zinc white was not able to displace white lead. Aside of the fact that zinc white, as far as we know, is not hazardous to one's health, the two differ quite considerably in terms of their other properties. Zinc white is transparent and has a cool colour, whereas white lead is opaque and warm. White lead was particularly popular for painting houses due to its opacity. However, both pigments were used for artists’ paints due to these differences in properties. It was only with the discovery of the totally innocent Titanium white, which was also warm and very opaque, that the poisonous white lead was eventually ousted out in the 20th century. These days white lead is for all intents and purposes forbidden by law.

Royal Talens has the colour White in the following product ranges: