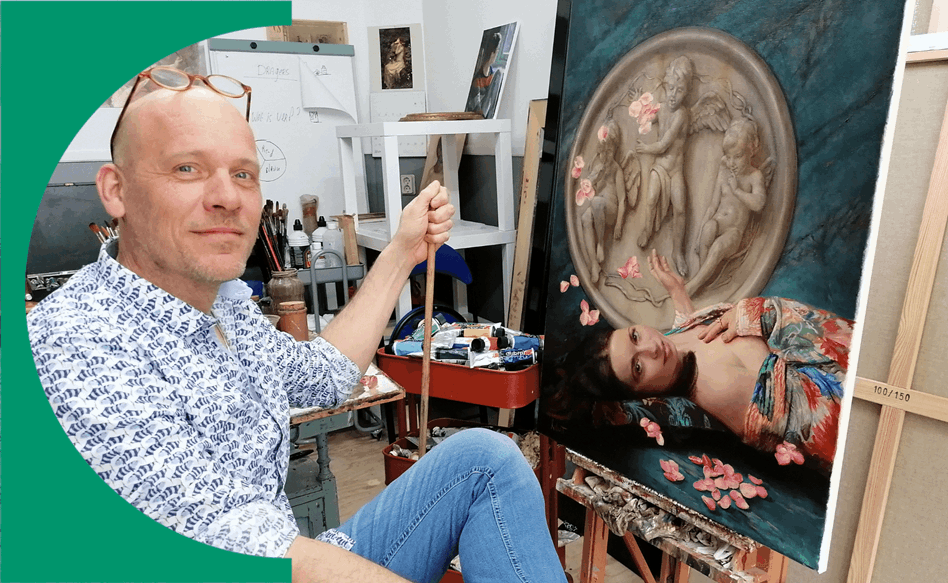 Nard Kwast is a Dutch artist based in Apeldoorn, the Netherlands who creates portraits, still-life compositions and landscapes in classical styles using oil colours. He also specialises in high-quality reproductions of Old Masters such as Rembrandt.

“Painting is a matter of trying, of doing. Dedication is very important, in order to improve. I am happy to pass on that dedication to others.”

Nard Kwast was born in Delfzijl, the Netherlands in 1973 and grew up in a small village in the province of Groningen. During his school days, he already preferred drawing over paying attention in class. From age 15 onwards, he created illustrations for several companies, including a greeting card manufacturer and political magazines. In the 1990s, he started a course at a Dutch art academy, but soon learned that he modern style they focused on did not speak to him.

“When I was about twenty, I made my first acquaintance with the works of great classical painters from the 17th to the 19th centuries. This meant a lot to me. I suddenly realised: ‘This is what I want, to be able to paint like that with these techniques’; thus, the artist in me was born.”

Nard then started taking private lessons in 17th century painting techniques and began studying classical paintings and their construction. He says he is particularly intrigued by the way in which Old Masters went about their work and their techniques. Even after completing his studies, he still increases his knowledge about classical painting every day.

In 2019, Nard participated in a Dutch television programme that revolved around the Year of Rembrandt, in which the best amateur painters in the Netherlands competed against one another. He came in second, a very impressive accomplishment. His successful participation in the programme opened many doors for him. He became more confident on camera and in his abilities to paint, which made him decide to quit his job as a civil servant for a career in painting. “It was now or never. If you looked at my life like a book, it would be much less exciting if I’d continued my office life.”

Nard has worked hard on developing a personal touch to his classical painting style. Aside from his stunning reproductions of Rembrandt’s works, you can now also admire and purchase Nard’s own unique and authentic works in his studio in Apeldoorn.

Nard has a message for anyone who wants to master traditional painting techniques: "I believe that everyone can paint. If you think you might like it, just try it. Lots of things didn't work for me at first, especially when I'd only been painting for a short time. Painting is a matter of trying, of doing. Dedication is very important, in order to improve. I am happy to pass on that dedication to others.”

Find out more about Nard

Nard's latest work is called Dolce Celeste, which translates to heavenly sweet. This painting was made using Cobra water-mixable oil paint on a linen canvas of 90 x 70 cm.

“I worked in layers and glazed the painting. The background was made deeper and darker by glazing the Turquoise Blue with a little bit of Vandyke Brown and Ultramarine later on. The skin was built up in layers too. In the top layers I work with linseed oil to make the paint fatter. This classical construction works well with Cobra too!” 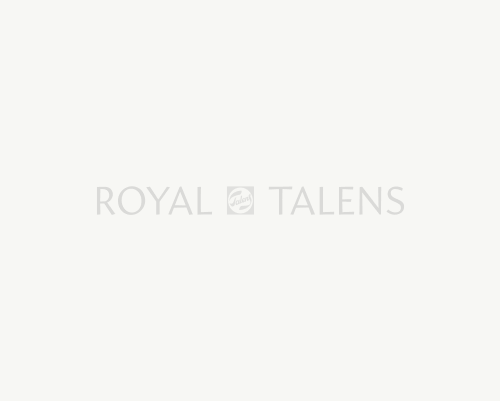