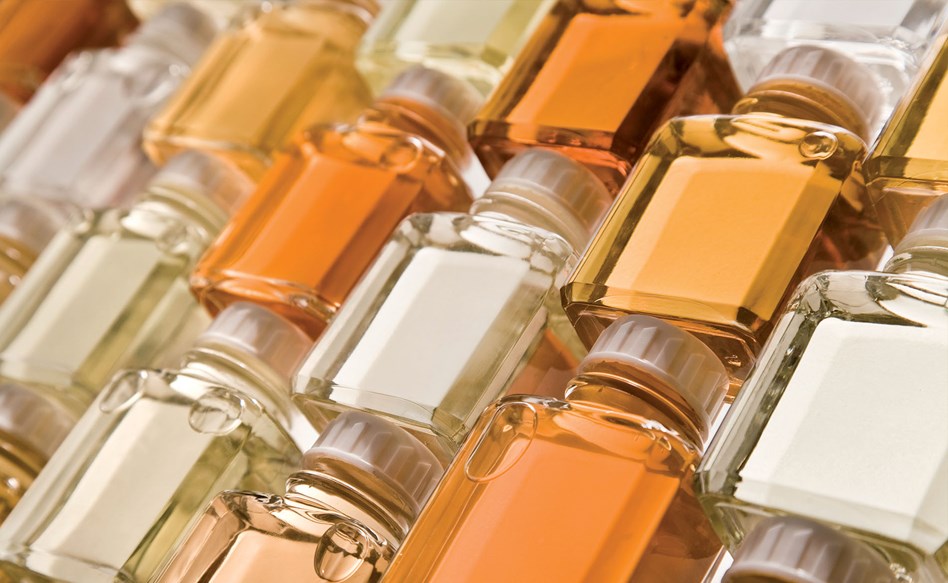 Pigments determine the colour of the paint, the lightfastness and the opacity or transparency. All other properties of a paint are determined by the binder. Some binders are liquid, others are solids that first have to be dissolved or mixed with a solvent (for example water or white spirit) in order to obtain a liquid binder. Thinners evaporate from the paint during the drying process.

For more than five hundred years linseed oil has been the most important binder for oil paint. Linseed oil is pressed from the seed of the flax plant. Linseed as binder for oil paint has proven to have the best properties. Other drying oils give a less durable layer of paint, can darken considerably or take far too long to dry. There is unfortunately no oil that is optimal for every desired property; however, linseed oil has proven throughout the centuries to have the best combination of properties.
As linseed oil shows some yellowing in time, some artists prefer to replace it with safflower oil, particularly for white paint.

As linseed oil shows a certain yellowing in time, some artists prefer to replace it with safflower oil, particularly for white paint. Safflower oil is pressed from the seed of the safflower thistle. This oil turns less yellow than linseed oil, but also has some disadvantages; the drying time is longer and the oil forms a film with other properties than those of linseed oil. As a result of these other properties, the use of white paint based on safflower oil in a painting that is built up of various layers (whereby it forms the undercoat for colours based on linseed oil) can cause the subsequent layers to crack or even to be unable to adhere properly. It is therefore advisable to limit the use of white paint based on safflower oil until the final phase of the painting.

A common name for a dispersion-binder is latex. The term latex, however, is usually used when referring to a synthetic dispersion that is made not based on an acrylic resin, but based on a P.V.Ac. (polyvinyl acetate) resin or a derivative of this. An important difference is that latex is not alkaline resistant or much less so than acrylic resin.

Gum arabic is a water-soluble resin from the acacia tree. The trees have grooves cut into them, which releases resin. The resin solidifies and is then 'plucked', dissolved in water and dirt is removed using a centrifuge. It is this solution that is used as the binder for water colour paints.

Raw kaolin from the quarry is first added to water to create a suspension (gunge). This suspension undergoes a number of treatments whereby various components are separated from one another through rinsing, and contaminants such as quartz and mica are removed from the kaolin (de-gritting). This results in a pure product, which is also called China clay or pipe clay.

Originally insect waxes (beeswax) were used. These days these have usually been replaced by synthetic waxes.

Dextrin is a starch product that is dissolved in water to form a liquid binder. As this product is sensitive to decay it is necessary to add a preservative. Dextrin is the binder of Talens Gouache extra fine and of the other quality poster paints. A special property of a dextrin solution is thixotropy. If we leave the paint alone it will automatically thicken. Through movement (stirring or painting) the paint becomes thinner again and will easily spread out.

Shellac is a resin-like secretion of a louse, the Coccus lacca, that lives symbiotically on trees in India and other parts of Asia. Shellac can only be dissolved in water if the water is alkaline. After drying it is indelible for ordinary tap water.

Alkyd resins are synthetic resins that are made in combination with oil, for example linseed oil or soya bean oil. The oil makes the alkyd resin susceptible to yellowing under the effect of light. As a binder for paint the resin is dissolved in white spirit. Due to the presence of both oil and white spirit the drying is chemical as well as physical. As a result of the evaporation of the white spirit the brushstroke will partly disappear.