We are very proud that the event "Art Extravaganza for a Cause 2021" is starting next week! SOS Children's Villages South Africa has organized most of it and we are happy to participate! These great artists will voluntarily guide the children at 4 locations. How incredibly generous is that. It is an honor to bring them to the attention the coming period. Enjoy their art and background stories!

Tebogo Stephen Langa is a Johannesburg based artist. Langa is a contemporary South African artist who specializes in different mediums such as charcoal drawing, watercolour and painting. He studied at Tshwane North College in Pretoria and obtained a diploma in art & design back in 2018.

Langa was one of the top 3 artists of the Itweb Brainstorm art calendar 2020 sponsored by HUAWEI and IOCO. He has also been in few well known art exhibitions such as Johannesburg art fair, moving into the Dance group exhibition, South African print art fair and he was one the selected artists for TLC student Lockdown collection of 2020.

Tivani Ernest Mabulele was born in Elim. Matriculated in 2012. He then focused on his passion for art and started learning independently through reading books, online, visiting galleries and asking his surroundings for feedback.

In 2019 he was nominated by the state of art as one of the top 25 artists for people’s choice awards which he became second. Later that year he was part of the top 100 artworks selected by Thami Mnyele fine art awards. He currently resides in August house studio where he works and displays his art.

Themba Shabalala, a contemporary South African artist born in 1994, a totem award winner in 2015 and currently based in Johannesburg in an art community called August House. He has a formal discipline in printmaking and his predominantly engaged with the medium of fire and wood. He is currently exploring the concept of family; mainly his upbringing and his battle with an absent father figure.

His work has been featured in a number of group exhibitions and auctioned. Shabalala is one of the nine artists elected in Africa for a prestigious World Art Print in France. He is currently working on two projects; he is building a body of work for the London collection and he is looking forward in working with SOS Children's Villages in an initiative to empower children from disadvantaged communities. 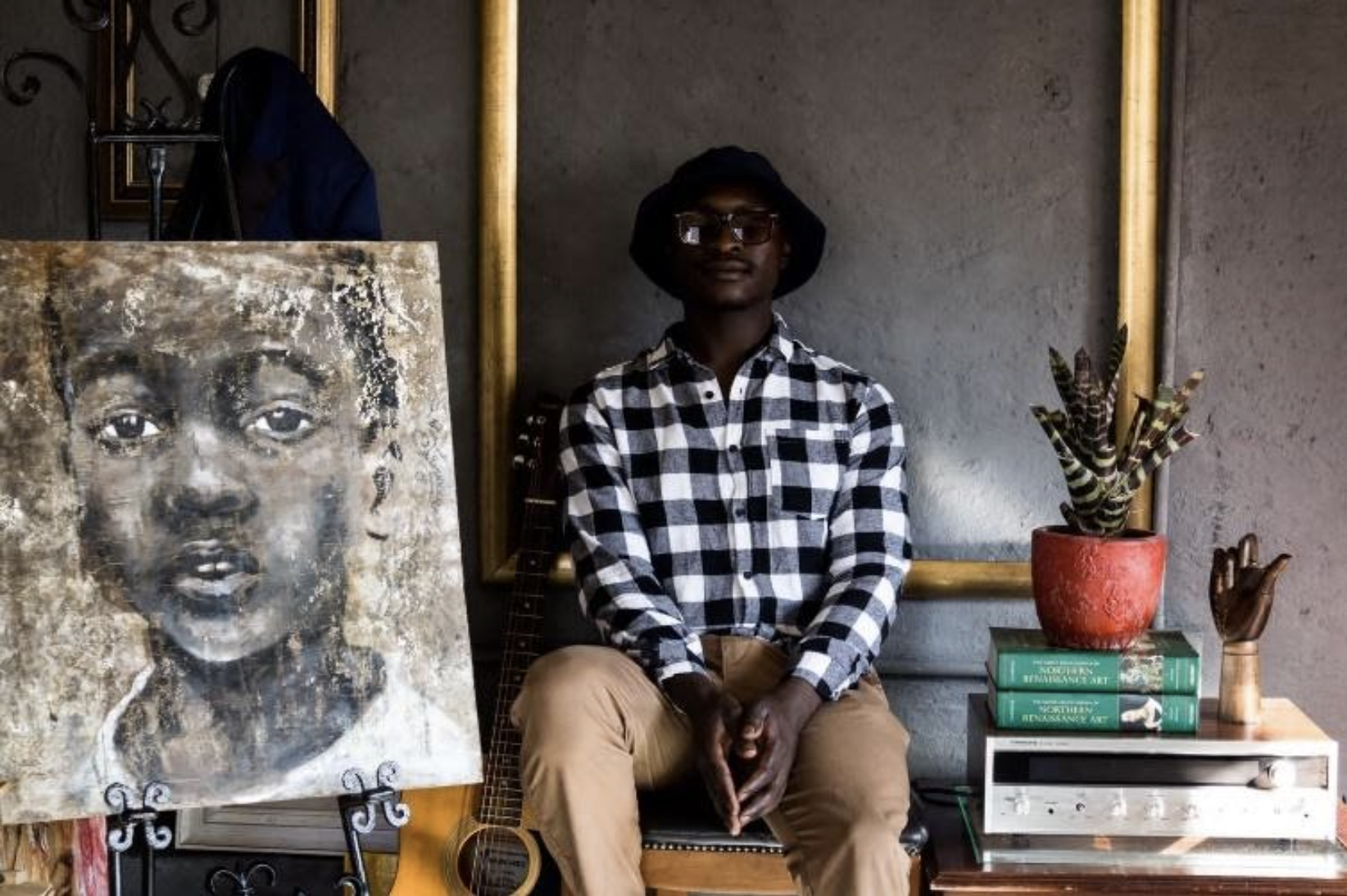 Abigail Siwand Cansdale – Van der Leek was Born in 1977 in North Wales Wrexham UK, raised in Hackney North-East London UK. Abi completed A Levels in Art & Design and English Literature. She was part of a group Artist's exhibition @Artspace Durban in 2015 with an article in a Durban newspaper.

Also a recent and very professional looking showcase of local artists on the North Coast of Durban SA @theGalleryLifestyle which lasted 6 weeks, which was February 2021.

Born in 1993, Thina is a graduate of the University of Johannesburg. She holds a postgraduate diploma in Education, and teaches at the National School of the Arts. Thina is also an art therapist who has worked with children with special needs.

He has exhibited in multiple group shows including Turbine Art Fair, Constitution Hill, Sguzu Press Soweto, and AVA Cape Town. In 2018, he exhibited at the Stellenbosch Museum, ABSA, Eclectica and InToto, and also completed a residency with First Floor Gallery Harare.  His first solo took place at Guns & Rain in 2018; he has worked with the gallery since 2015.

Timothy Zantsi was born 1975 in Cape Town grew up in a strong Christian family raised by single parent.

At an early age he was drawing and his mom noticed that she took him to attend art classes at the Community arts projects in Woodstock after school. Since then he never stopped making art. Since 2008 he is a full time artist. He creates in his studio in lLanga where he grew up.

His work is all about what is all around us, people, what they are doing, landscape in a story form. Township life inspired him a lot. Colours and vibe are pulling his attention.

Clement Chuma Nozewu is a 48 years old father of two boys, ten and eight years of age and a one year old daughter. Everybody calls him Chuma. He was born in East London en grew up different areas of the Eastern Cape.

He is involved in all types of Arts: Theatre, Dance coordination and music and making beautiful scultures. 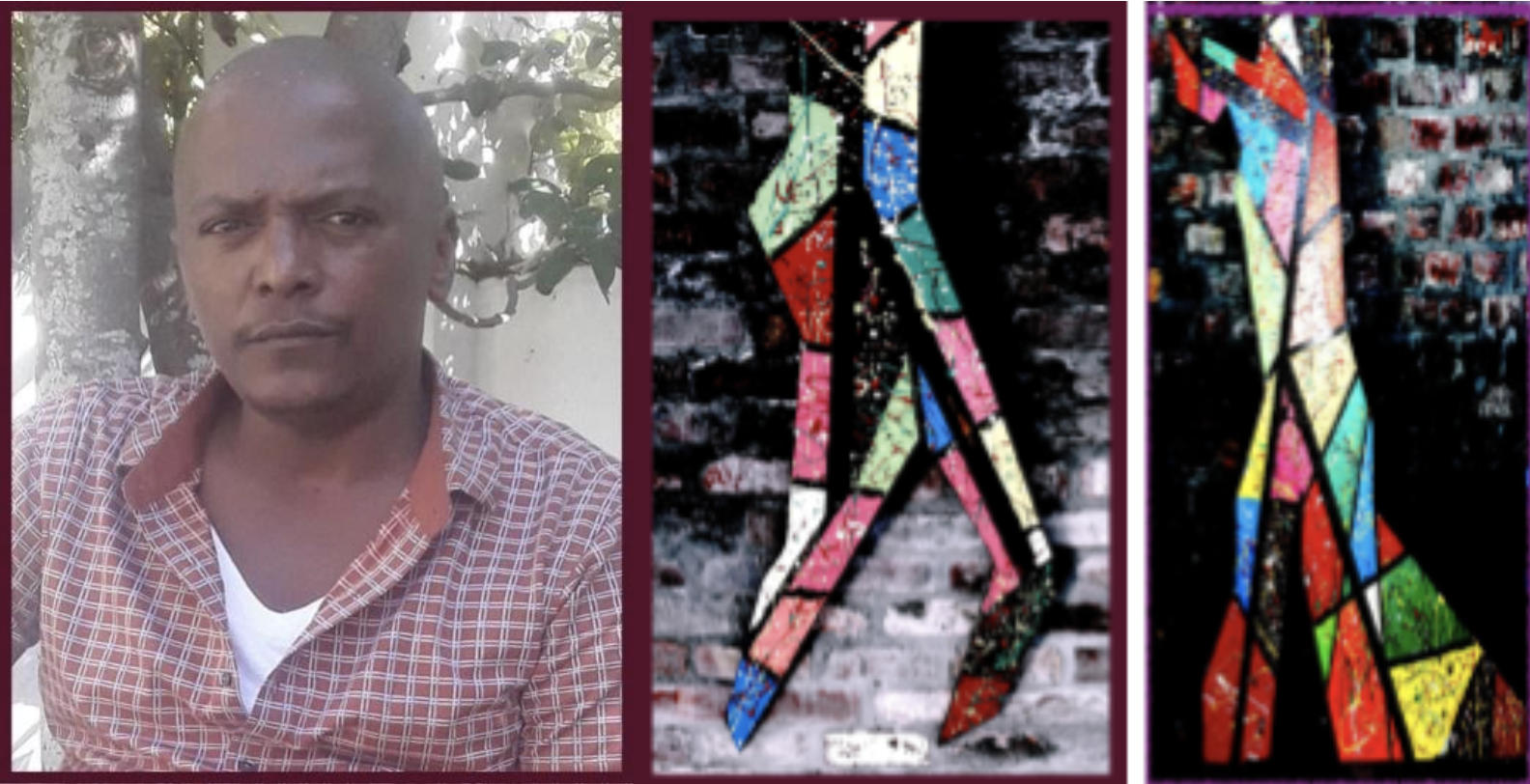 Pamella Ngalonkulu is 24 years old and comes from Pretoria. She is currently studying Fine and studio Arts at TUT art campus. She loves drawing and painting but mostly she prefers drawing realistic images.

Next week we will write about the other 8 great artists.

Here you will find some extra information about this fantastic event!

Read more about our projects

Beautiful bags, made available by a friend, filled with beautiful products from Royal Talens, made possible by the Royal Talens Foundation. Various color materials and several Christmas coloring books and also textile markers to decorate the bags. A beautiful Christmas present for the families who are in the AZC in Haren.

This year again the Royal Talens Foundation has collaborated a lot with SOS children's villages. Likewise in Poland, where various art classes, workshops and other activities were held for the children and teenagers.

For more than 14 years, the Drawing for Children foundation has been drawing in hospitals, asylum seekers' centers, rehabilitation centers and medical nurseries. A group of professional illustrators who want to give children in special situations a small, magical moment by means of a drawing. United in a national foundation, responsible for more than 1200 drawing sessions on an annual basis, represented in more than 75 locations.