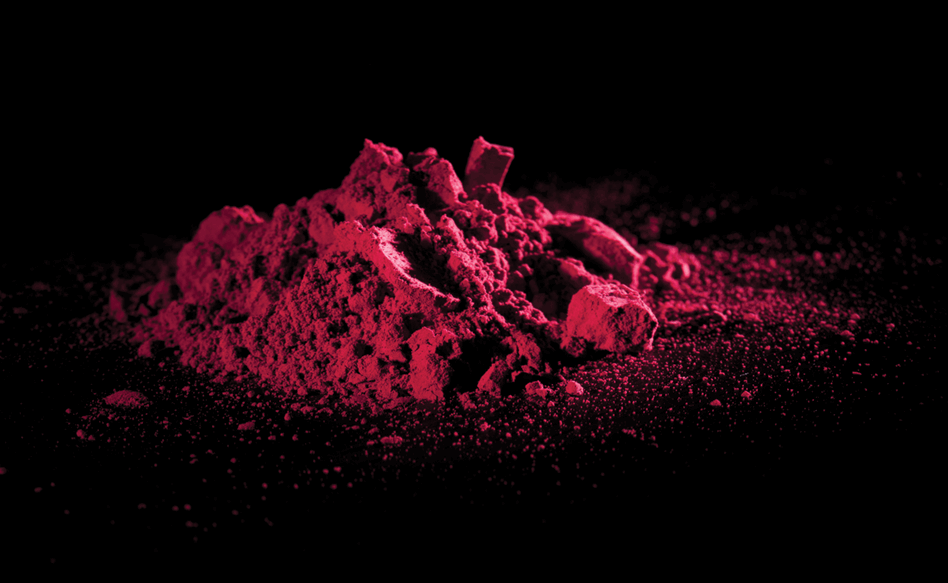 Magenta: A colour with a bloody past

As one of the primary colours, Magenta is now an essential part of art painting. The dye was developed chemically in 1856 and owes its name to the bloody battle by the Italian town of Magenta. Due to the poor lightfastness of the dye, the red-pink colour these days is made based on the pigment Quinacridone.

Magenta: A colour with a bloody past

The Industrial Revolution of the 19th century also saw the emergence of chemistry as a science which led to the discovery that the raw materials of paint could also be manufactured synthetically. Since then a distinction has been made between natural and synthetic dyes and pigments. The names of the natural colouring agents often give a clear indication of their origins. They usually refer to the plant, animal or the region from which they come. Examples include Madder (from the Madder plant), Sepia (Latin for squid) and Indian yellow (from India). In the case of synthetically manufactured dyes and pigments this is of course different. This can clearly be seen in the red-pink colour that was developed in 1856, which was initially given the unpronounceable name triaminotriphenyl carbonium chloride. As the tint strongly resembled that of the fuchsia plant, it was referred to under the more convenient name ‘Fuchsine’. Later it was given the official name Magenta, following an extremely bloody battle.

In 1859 France and Austria declared war on one another. A battle took place near the Italian town of Magenta in the province of Milan. Despite inferior numbers, 54,000 against 58,000, France executed a surprising manoeuvre to clinch victory, though the losses on both sides were considerable. The French suffered 4000 dead and wounded, and the Austrians 5700. The battlefield was so red from the blood that the red dye discovered three years previously was from that moment called Magenta

Royal Talens has the colour Magenta / Quinacridone in the following product ranges: