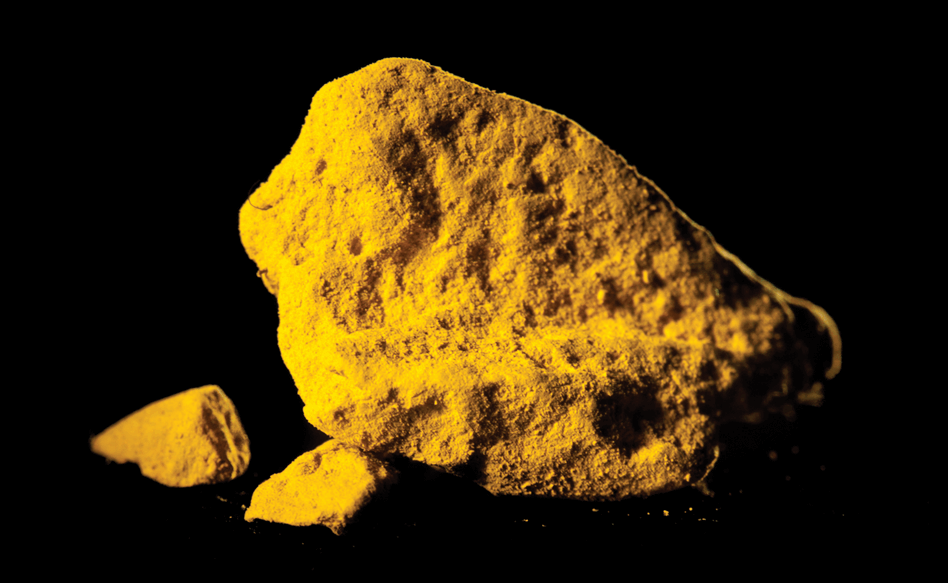 For a long time, it was thought that Indian yellow was derived from the urine of Indian cows. But the mystery surrounding the origins of this wonderful golden yellow pigment is still unresolved. For years now artists have been making use of synthetic alternatives that are identical in colour to their natural counterpart.

It is not exactly clear when Indian yellow was first introduced into Europe. It is known, however, that between the 15th and 18th century brown, rather pungent balls were imported into Europe from Asia. Once they were broken open, they revealed a wonderful warm yellow powder. By grinding and mixing the balls with a binding agent such as egg, oil or gum, the characteristic golden yellow, transparent paint was produced. The origins of the pigment lay somewhere in Persia, China or India. But regarding the exact origins there are many wild stories.

Urine from cows and kidney stones

The most remarkable story is that the pigment was extracted from the urine of Indian cows. In the north-eastern state of Bihar the cows there were supposed to have been fed only with the young leaves of the mango tree. It was this that coloured the urine bright yellow. The urine was collected and then evaporated, after which the remaining pigment was kneaded into balls. As not all the pigment was excreted, the animals developed large kidney stones which made passing urine very painful. This often led to them kicking over the buckets full of expensive urine, so rigorous measures were introduced such as the animals being suspended with leather straps. It was even claimed that the cows only passed urine when massaged in the genital area. Due to the holy status of the cow this production was banned in 1908.

Royal Talens has the colour Indian yellow in the following product ranges: